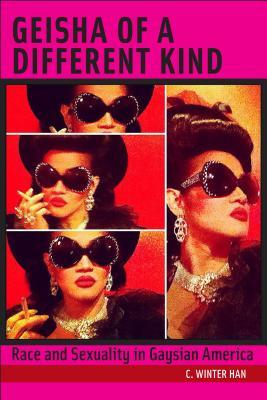 In Geisha of a Different Kind, C. Winter Han travels from West Coast Asian drag shows to the internationally sought-after Thai kathoey, or ladyboy, to construct a theory of queerness that is inclusive of the race and gender particularities of the gay Asian male experience in the United States. Through ethnographic observation of queer Asian American communities and Asian American drag shows, interviews with gay Asian American men, and a reading of current media and popular culture depictions of Asian Americans, Han argues that gay Asian American men, used to gender privilege within their own communities, must grapple with the idea that, as Asians, they have historically been feminized as a result of Western domination and colonization, and as a result, they are minorities within the gay community, which is itself marginalized within the overall American society.

Comments
Comments for "Geisha of a Different Kind: Race and Sexuality in Gaysian America":