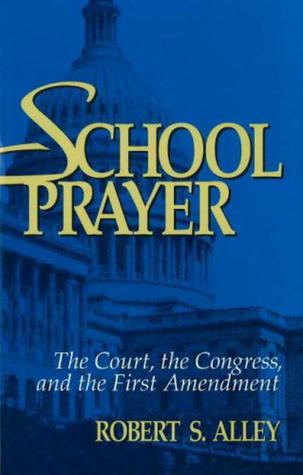 Madison is viewed as a proponent of strict separation between church and state and as opposed to any form of state-sponsored religious establishment. Alley then discusses the history of protestant hegemony in the nineteenth century and the attitude of messianism as reflected in presidential pronouncements on the relation of religion to government.All this is presented as background to the debates in the latter half of our own century over the role of prayer in public schools.

Alley reviews some thirty years of congressional testimony and key Supreme Court decisions. He gives special attention to the highly controversial Engle v. White decision in 1962, which banned the recitation of a prayer composed by the New York State Board of Regents in public schools. This decision unleashed a storm of protests, which has continued to this day and has given rise to numerous congressional proposals to amend or overturn the Courts ruling.

Extensive selections from the arguments on both sides of the controversy afford the reader a firsthand look into the many deliberations surrounding this sensitive and timely matter.