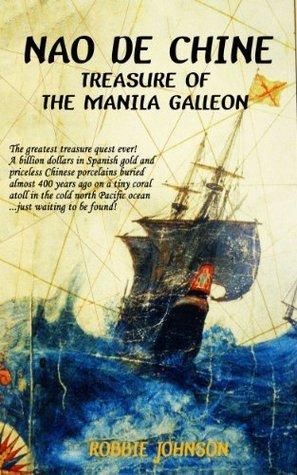 It was the largest treasure ever carried on a sailing vessel, and was accompanied by more than 700 men, women and children. She was never seen or heard from again.Almost 400 years later, the personal sailing journal of a 17-year-old Third Lieutenant serving aboard a British man-o-war is discovered in a nautical antiques store in Ft. Lauderdale, Florida. It tells the story of the rescue of a Spanish castaway from a tiny coral atoll in the Pacific Ocean, and contains the final words of Capitan Don Emilio Bustamente de la Vega, the sole survivor of the Spanish noa.

An encrypted message revealing the location of the noas billion-dollar treasure is buried in Bustamentes prayer for absolution, and he prevails upon the young British lieutenant to see it conveyed to the Vatican in Rome. But fate intervenes, and the message is not delivered.Discovery of the sailing journal launches a frantic, globe-girdling recovery effort and alerts a deadly international consortium that includes Japanese Yakuza pirates who will stop at nothing to seize the treasure for themselves—and kill anyone who attempts to interfere.Former U.S.

Marine Corps sniper, Jake Porter, and veteran of the first Gulf War in Iraq, is more than up to the challenge. He enlists the help of a Marine Corps intelligence officer to decrypt the hidden message in the sailing journal that reveals the location of the treasure—a tiny coral atoll in the cold north Pacific Ocean. He races to the island aboard his sailboat against a vicious, unseen enemy who is killing his friends in their search for the treasures secret.