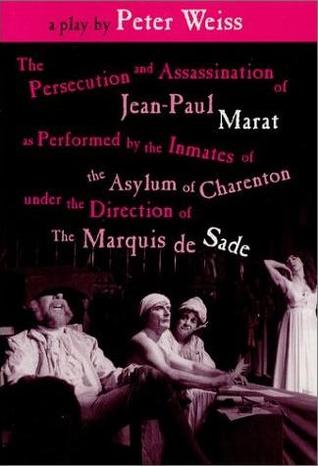 One of Europe’s most important twentieth century playwrights—often considered as influential as Brecht and Beckett—Weiss is best known to American audiences as the author of the Broadway play Marat/Sade and the three-volume novel The Aesthetics of Resistance, which has elicited comparison with Joyce’s Ulysses and Garcia Marquez’s One Hundred Years of Solitude.

Initially influenced by Franz Kafka and later by the American Henry Miller, Weiss worked to expose the hypocrisy, the deception, and the nature of aggression in the contemporary world.A transformative “updating” of Kafka’s novel The Trial, The New Trial presents a surreal, hallucinatory look at the life of “Josef K.,” chief attorney in an enormous multinational firm that exploits both his idealism and his self-doubt in order to present to the world a public face that will mask its own dark and fascistic intentions.

Fusing Marxist and capitalist perspectives in a manner that anticipates aspects of the current global market expansion, Weiss evokes a world in which nothing is private and everything is for sale.This edition of The New Trial is designed to facilitate theatrical teaching and stage production of the play. An extensive introduction by James Rolleston and Kai Evers situates the work in the full context of Weiss’s life, including his Swedish exile during the regime of the Third Reich.

In addition, the play’s text is followed by interviews with Weiss and his original codirector (and wife) Gunilla Palmstierna-Weiss, as well as an account of the challenges of the first English staging by director Jody McAuliffe.