The British Navy, Economy and Society in the Seven Years War Christian Buchet 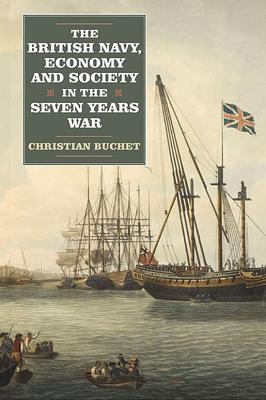 N.A.M. RODGER, All Souls College, Oxford This book, by a leading French maritime historian, discusses how Britains success in the Seven Years War (1756-63) was made possible by the creation of a superb victualling system for the British navy. It shows how this system had been developed over the preceding centuries, how it balanced carefully the advantages of state control with the flexibility of commercial contracting, and how the system was designed to mesh with and support British strategic ambitions.

It provides rich detail on how the system worked, how it was administered, how key products were priced, bought, stored and transported, and how it compared, very favourably, to equivalent systems in France and elsewhere. The book shows how the increasing efficiency of the Victualling Board enabled the navy to take advantage of agricultural, commercial and financial advances in the British economy to supply its front line fighting forces over ever longer distances and ever longer periods.

The Victualling Board was one of a number of interfaces between the demands of the State and the supply facilities of the economy, to their mutual benefit. As a major purchaser through competitive tender, the Board made a positive contribution to the entrepreneurial spirit of British society. The book goes beyond maritime history by discussing how naval supply provided a huge stimulus for British finance, agriculture, trade and manufacturing, and argues that all this together was one of the principal causes of Britains later Industrial Revolution.

CHRISTIAN BUCHET is Professor of Modern History and Director of the Centre dEtudes de la Mer at the Institut Catholique de Paris. Besides comparative studies of the British and French navies 1688-1783, he has written extensively on maritime environmental issues and is Secretary General of the National Council of the French Archipelago.

Comments
Comments for "The British Navy, Economy and Society in the Seven Years War":