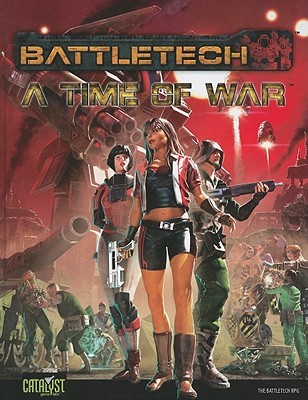 A Time of War: The BattleTech Role-Playing Game is the onesource reference for rules governing the role-playing aspect of the BattleTech universe. It includes a new system, designed from the ground-up for both maximum flexibility and compatibility with the Total Warfare series and its companion volumes, Tactical Operations and Strategic Operations.

Comments
Comments for "BattleTech A Time of War":