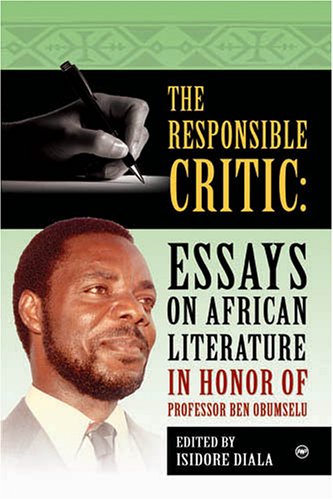 Diverse in its preoccupation and critical methodology, the book primarily engages with the implication for African literature (and general cultural and intellectual life) of the contact between Africa and the West, and the paradoxes and complexities of the transition from precolonial to postcolonial praxis. It foregrounds the abiding and changing concerns of literary theory and criticism in Africa.

With a foreword by Molly Mahood, a testimony of the beginning, and contributions by accomplished scholars drawn from Denmark, England, Nigeria, South Africa, the United States of America and Zambia, the book presents the work of several generations of critics of African literature.

Comments
Comments for "The Responsible Critic: Essays On African Literature In Honor Of Professor Ben Obumselu":