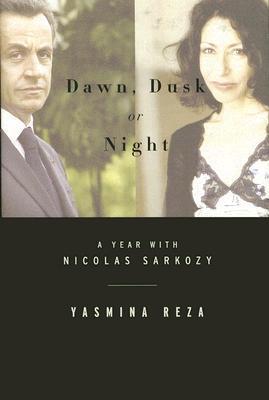 In 2006, Yasmina Reza, the most celebrated playwright in France, asked Nicolas Sarkozy a simple question: Would he allow her to spend the next year with him and his team as he campaigned for the French presidency? His response was an unqualified yes. To the alarm of his advisers, and the consternation of many of her friends, who feared she was making a pact with the devil, she picked up her notebook and her pencil, and off she went.It is not enough to say that she was an observer of Sarkozy’s rise to power. Rather, hers is the account of a brilliant woman of letters dancing in orbit with the most powerful man in France.

Their casual exchanges, her remarkable insights, their phenomenal experience exist as a play of words and glances, framed as scenes from a headlong drama. Through the greenrooms, bus rides, and flights, along the campaign trail- in strategy sessions and at meetings with heads of state-, in all hours of the day and night, they develop a relationship that knows no parallel, bridging the arts and politics, abiding within a purely intellectual sphere without judgment, conflict, or competition.The groundbreaking Dawn, Dusk or Night defies genre to offer a spellbinding look at the interplay between two formidable champions bound by intellect and nation.

Comments
Comments for "Dawn, Dusk, or Night: My Year With Nicolas Sarkozy":