Nico: The Life and Lies of an Icon Richard Witts 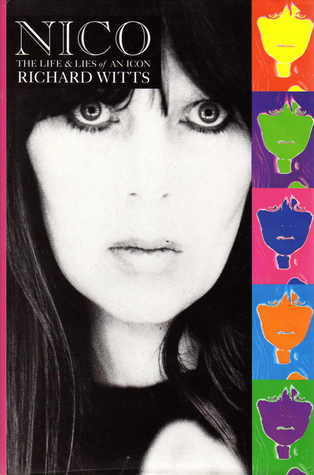 Each era celebrated a different Nico - the top covergirl of the Fifties, the Siren of the Sixties (as The Times acclaimed her), the Moon Goddess of the Seventies, and the High Priestess of Punk when rock stars like Siouxsie Sioux and Pattie Smith acknowledged her pre-eminence. Ironically, they did so at the lowest point of her life. For behind the Garbo-esque veneer lived a lonely woman trying to stand autonomous in a fast-changing world, seeking to survive her heroin addiction and to cope with her tormented mother and her troubled son, his existence denied by his film-star father.In this pioneering biography, which Nico asked the author to write shortly before her outlandish death in 1988, Richard Witts uncovers the reasons for her subterfuge, and examines the facts surrounding her encounters with terrorist Andreas Baader, the Black Panthers, and the Society for Cutting Up Men.

Exclusive contributions from artists such as Jackson Browne, Iggy Pop, Viva, John Cale, David Bowie, Siouxsie Sioux - and many others including her relatives, friends and enemies - make this the definitive biography of an icon who was not only a testament to an era but a hitherto unrecognised influence on popular music and style.

Comments
Comments for "Nico: The Life and Lies of an Icon":